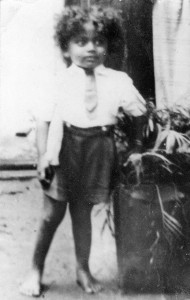 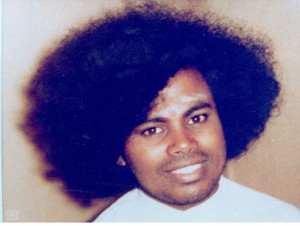 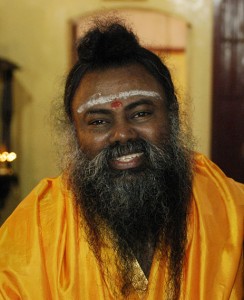 During this time spent in prison, Swamiji continued to help and uplift all those around him. Other prison inmates regularly came to him with their problems and worries and he helped each one of them with unending patience, offering the material support, advice and unconditional love that helped them gain the self-confidence, hope and strength of mind and heart needed in order to surmount the very difficult circumstances with which they and their families were faced. He acted humbly, as one of them, yet his unfailing mental strength and loving consideration for all those around him, his deep wisdom and unwavering bliss were an incomparable source of inspiration, support and awe for all and, unsurprisingly, some became and still remain ardent devotees. To those who were interested, he also talked about higher spirituality, guiding and teaching them about Sanatana Dharma and spiritual practices.

Swamiji taught that “Peace and happiness are right there at our fingertips. They live inside us. We just need to uncover them. Spirituality shows us the true way of life and how to truly live in the world. Spirituality allows us to be masters of ourselves under any circumstances because it shows us the way to control our minds.” As an innocent prisoner unjustly incarcerated for 17 years, he irrefutably demonstrated that these were not just words to him, for never did his absolute love, inner peace, divine bliss and tireless efforts to help and uplift others change in any way.  By his glowing example he revealed the validity of his words, showing us they can truly be experienced when we live our spirituality and become one with the Divinity that is to be found within us.