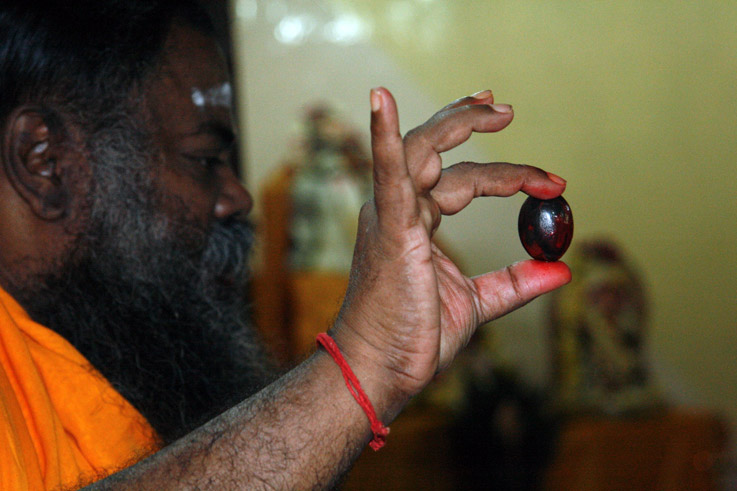 The lingam is the symbolic form of Lord Shiva. For more than forty years, lingams manifested through Swamiji’s body and emerged from his mouth on the auspicious nights of Mahashivaratri.  This phenomenon is known as Lingodbhava. Even after Swamiji left his physical body, he materialized a lingam at this special time when the energy of Lord Shiva is strongly working on earth. The lingams manifested by Swamiji have immense powers to promote spiritual growth and cure diseases. Swamiji gave most of his lingams to devotees and spiritual seekers who asked for one with a sincere heart. He also gave lingams to all the official Sri Premananda Centres around the world.  The first lingams from each Lingodbhava are kept in the Ashram and beautifully arranged in the Om Namah Shivaya chanting room each year for twenty four hours during Mahashivaratri.  This darshan of all the first lingams only happens once a year during Mahashivaratri.

Swamiji talks about how the lingams formed inside him and how they emerged from his body:

“The best way I can explain the physical formation of lingams is that the divine forces within the bodies of such sages condense into a solid form through a natural process.  The lingam originates as an inner spark in the spiritual centre at the base of the spine.  It forms inside my body for ten months.  When I bless the devotees I remove their karmas.  I dissolve their sicknesses, negative ideas, sufferings and desires.  These energies come together in one place inside me and through the action of the divine spark they take the solid form of the lingams.  When they materialize through me they contain special powers which can take away the negative forces from the mind and body.  After ten months the lingams move towards the heart.  By then they are encased in a bag of purplish-red liquid which is composed of kumkum.  This is a red powder used by Hindus to mark the eye of wisdom on the forehead.  At the auspicious time during the night of Mahashivaratri, the lingams come out of my mouth, preceded by the liquid kumkum.  Sometimes they may also come out in clouds of holy ash or liquid vibhuti.  Initially the red liquid flows from the mouth and at an advanced stage of the bhava, the body automatically begins controlled breathing in a certain manner.  Such is the intensity of this pranayama on the whole body that I would never risk taking more than ten such breaths.  If the lingam does not come out at this time, I send it downwards.  It is now spinning with tremendous force.  Sometimes you may see me hit the top of my head or I may shout out aloud.  Sometimes the body may jerk or shake.  This is due to the movements of the divine shakti and sudden exhalation of breath.”

“When the first lingam came out of my body I was only twelve years old.  I was very young and had little understanding of what was happening.  At sixteen years old I meditated and began deep self-enquiry about the forces within my body.    I found that two months after Shivaratri, lingams started to form slowly in my stomach for ten months, just as an embryo forms in the mother…the lingams are formed from a divine source within my body and are delivered upwards as opposed to downwards.  Lingams come from a different angle!  Imagine what capacity they have.  They will do whatever people expect.  God’s grace manifests through these lingams to give whatever the people desire.  This can be peace for their country, mental relief, curing of disease or spiritual advancement.” 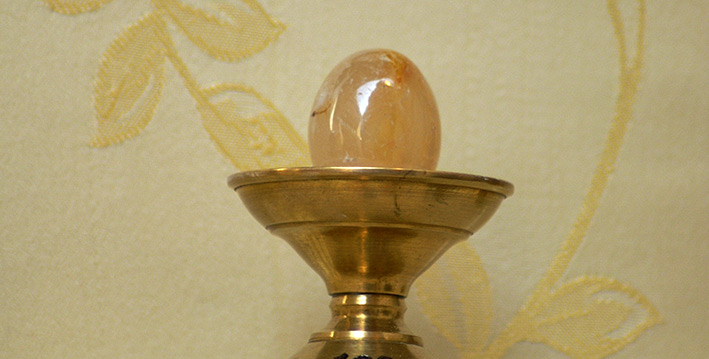