“This temple will help to have peace all over the world and my divine powers will be working there for many generations.  It is also a great place for those who are leading a spiritual life.  For others, too, if they have problems and pray there, their problems will be solved.” Swami Premananda 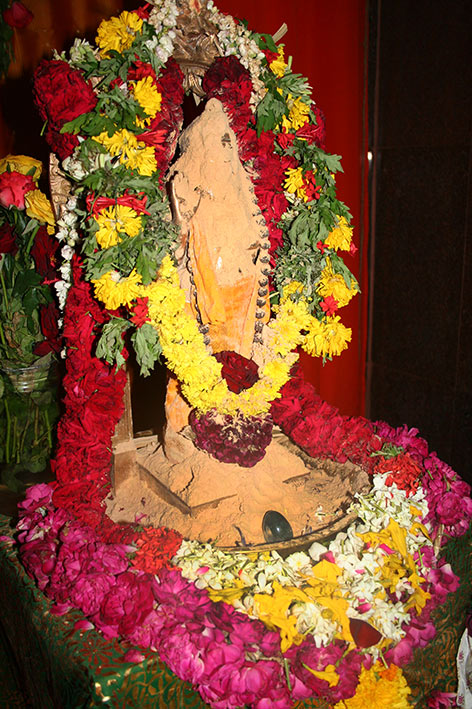 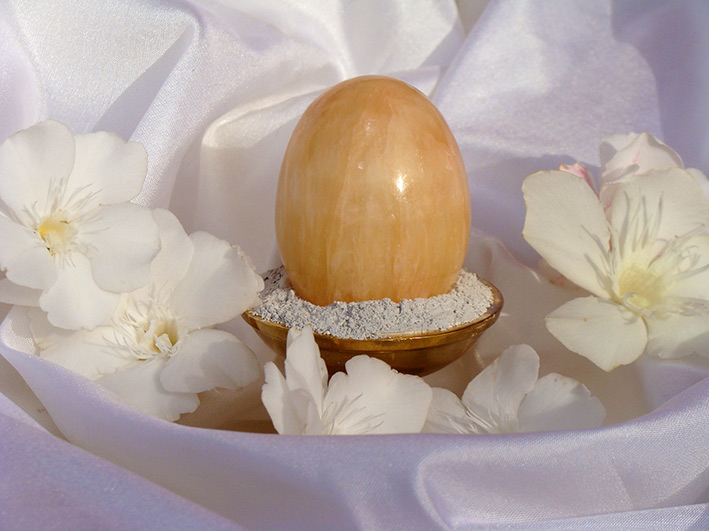 This lingam materialized in the shrine of the Sri Premeshvarar lingam in 2011 during Mahashivaratri, just after Swamiji’s mahasamadhi.

Since Swamiji’s Samadhi on 21st February 2011, the night of Mahashivaratri has continued to be one on which Swamiji’s divine presence has been so strongly felt by all his devotees and especially in Sri Premananda Ashram. Each year, just as Swamiji manifested lingams on Mahashivaratri night during Lingodbhava when he was still in his physical body, a lingam has manifested at the foot of Sri Premeshvarar lingam or at the feet of the statue of Swamiji that resides in Sri Premeshvarar temple.  Similarly, just as Swamiji manifested vibhuti every year during the Vibhutibhava which occurred some days or weeks after the lingams emerged from his body, so too has vibhuti manifested on the statue of him and on the photo of him that is in the puja hall. This has happened several times over the last four years.  Then in early 2014 sandalwood manifested on the statue of Swamiji over a period of several weeks. Towards the end of 2014, vibhuti manifested on Swamiji’s statue

for a few days and then after the monthly abhishekam that was performed to his statue, sandalwood manifested.  All these sacred powders are packed and distributed to Swamiji’s devotees all over the world.  Both the vibhuti and sandalwood can be applied to the forehead during meditation to help uplift one spiritually and bring about joy and peace in the mind. They can also be sprinkled into water and drunk to help remove sicknesses and negative karma. 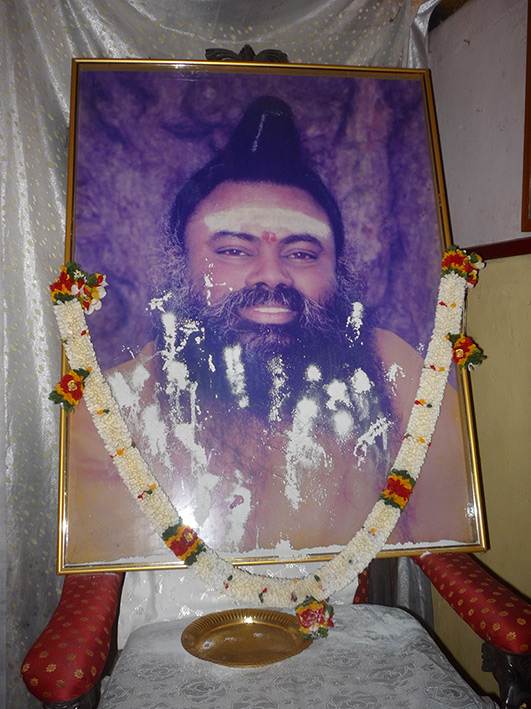 Vibhuti manifesting on Swamiji’s photo in the puja hall in 2012. 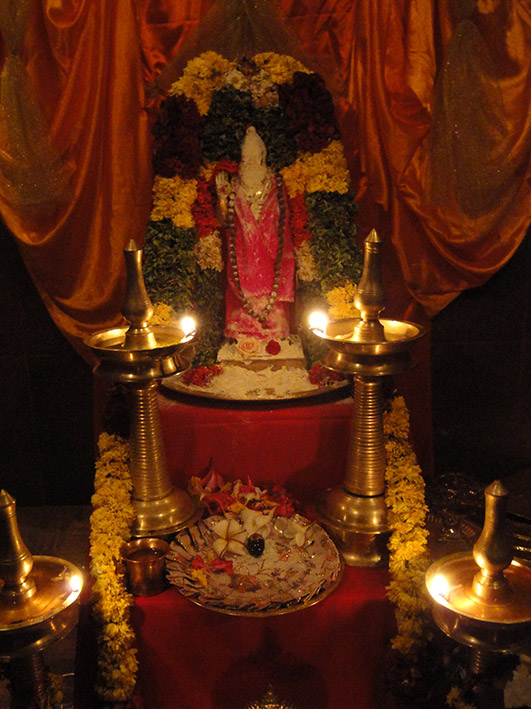