Skanda Shashti: A time for meditation to destroy the ego and pride 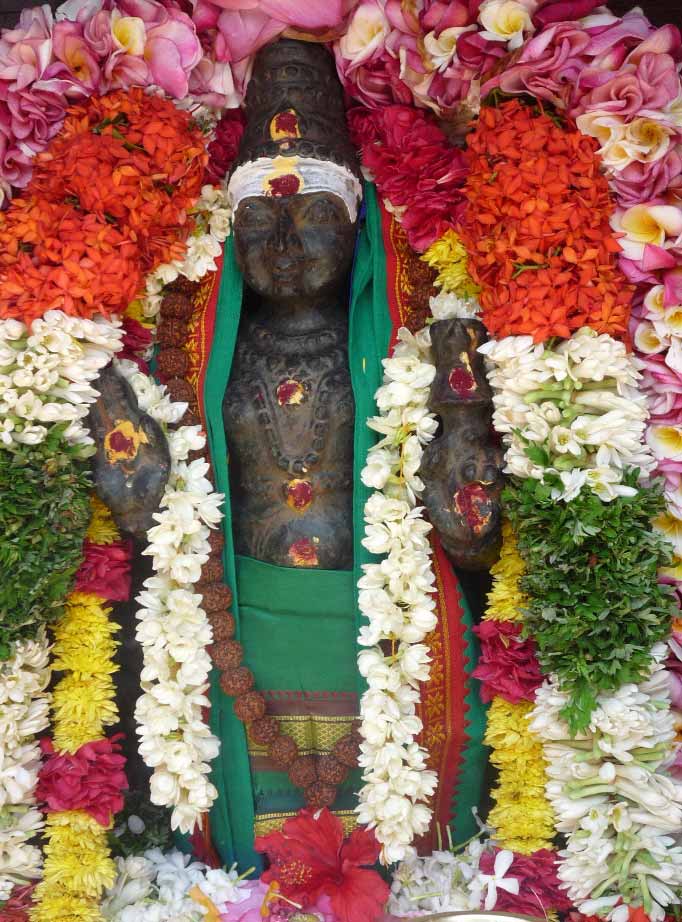 The history of the birth of Muruga starts with a group of asuras (demons) who had performed many years of sadhana to win powers by the grace of Lord Shiva. The problem was that they used their powers for the wrong purposes. The leader of the asuras was called Surapadma. He invaded the kingdoms of the gods and imprisoned Indra, the king of the gods, along with many other devas. Indra and his consort turned themselves into parrots and managed to escape. And so, a group of devas headed by Lord Vishnu, Brahma and Indra went to see Lord Shiva in his holy home at the summit of sacred Mount Kailash. Lord Shiva assured them he would protect them. Some time later, Lord Shiva fulfilled his promise. He sent out six brilliant resplendent divine sparks from his eye of wisdom and instructed the god of wind, Vayu, and the fire-god, Agni, to carry them and place them in the sacred river Ganges. Ganga, the river goddess carried the sparks to the Saravana Lake where they changed into six very beautiful baby boys. Each baby was laid on a lovely lotus and was cared for by one of the goddesses of the Kartikai stars. Shiva, Parvati, the Divine Mother, and all the devas went to see this avatar of a new and powerful deity. Parvati took all the babies in her arms and called them one name – Skanda. From Divine Mother’s arms arose the Divine in the form of a six-faced youth. He was Shanmukha, the six-faced one. As he grew older he displayed great courage and ability in fighting and leading armies. He defeated several mighty asuras who were torturing and killing the people.

Lord Shiva summoned Muruga and gave him magnificent divine weapons with which to destroy evil and ignorance. The Divine Mother gave him the unmatchable Vel, the golden spear of knowledge, light and victory and the youthful god, along with armies of brave warriors, set out to defeat those who were destroying peace and dharma. 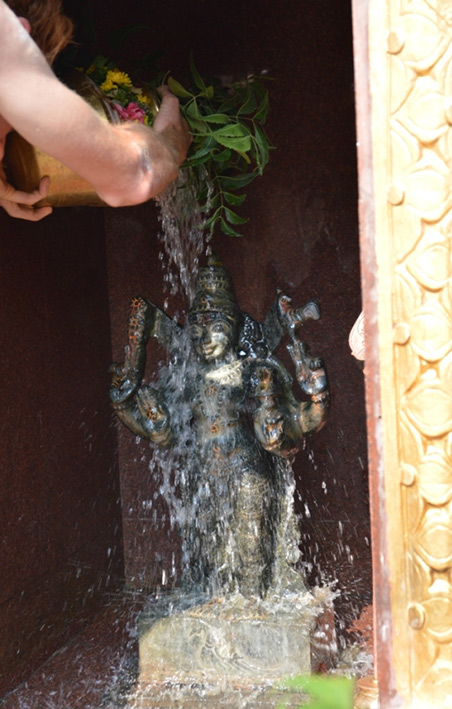 Abishekam to the Muruga statue

Skanda Shashti is a six-day festival celebrating the tremendous fight between the forces of evil, represented by Surapadma, and the forces of light and dharma, represented by Lord Skanda and his Vel. This battle lasted six days. On the Shashti day, the sixth day of the battle, Muruga defeated Surapadma by throwing his vel at the demon and cutting him in two pieces. In his infinite mercy and through his boundless love, Lord Skanda changed the two parts of Surapadma’s body into both a peacock and a cock. The cock became the emblem of the Lord on his flag of victory and the peacock became his own divine vehicle.

The festival of Skanda Shashti is celebrated by Muruga worshippers intensely on the sixth day after the new moon in the month of Kartikka (October/November), called Aipassi in Tamil. During these six days, devotees meditate deeply on Lord Muruga with great devotion and single-mindedness. They meditate on the six aspects of the Lord, as represented by his different faces: courage, grace, love, wisdom, bliss and sympathy for all beings. 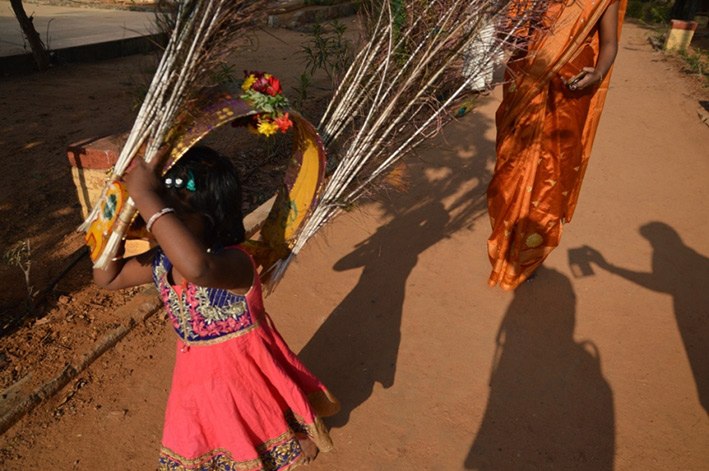 Many devotees use Skanda Shashti as an opportunity to relieve themselves of past karmas. They fast during the six days. Some drink only a little water and on the sixth day do not even take that. Some eat once a day and some miss one meal, according to their capacity. On the sixth day one should offer food to the poor before eating normally oneself. Swamiji advised that true devotees of the Lord should certainly worship Muruga daily with puja or abhishekam during Skanda Shashti and they should make an attempt to fast. They should also meditate each day on one of his great qualities as mentioned above. During this time they should certainly be celibate. Some even beg for their food and walk barefoot to Lord Muruga’s shrines. Some carry the kavadi on their shoulder. This is a bent piece of wood that is beautifully decorated with cloths and peacock feathers. Kavadi dances are famous in Tamil Nadu. By performing these different kinds of sadhanas, Muruga worshippers are often known to reach states of bliss where they are only aware of his grace and they lose their body-consciousness.

Swamiji says, “I bless all of you who perform even a little sadhana during these six sacred days. Surely Lord Muruga’s great compassion and mercy will be yours. May he destroy your ego with his great golden Vel and reveal your original, shining Self in all its glory!”

Watch a video of Swamiji singing a Muruga bhajan!