How can the modern mind attain wisdom? 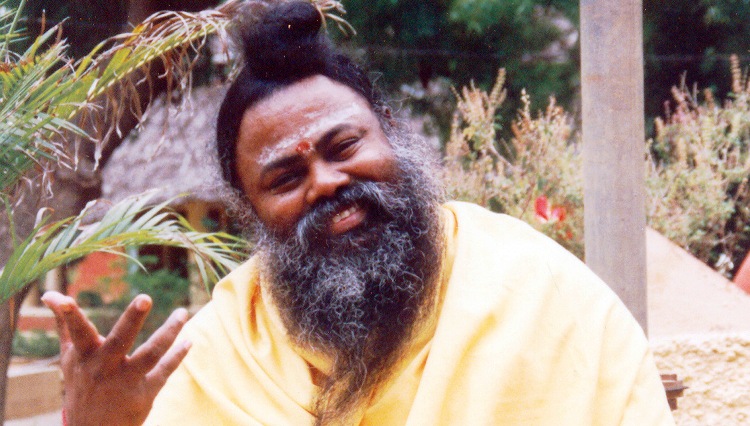 The Absolute Reality, which is called by many names, is truth and knowledge. The understanding gained by achieving the ultimate state of knowledge is called jnanam, which means wisdom.

The spiritual path that searches for jnanam is another route to the ultimate spiritual goal of moksha, liberation.

In today’s world humankind has reached great scientific heights. In modern life, businesses and homes are filled with high-technology gadgets, computers, mobile phones and so on. Many of the people of today are dependent on such machines. They have forgotten their own natural wisdom. Even if they were to consider it, they would feel it is useless. That is why the real knowledge of the Self and about the purpose of existence has been lost to the modern man and woman. People only know how to depend on material things. They feel that it is they alone who are in control. In reality they are totally dependent on externals in every aspect of life. They depend on the products of the technological and logical mind. True knowledge will never dawn in them until they discard this dependence on maya, illusion. The products of the modern world are traps that actually take away one’s freedom and independence. The fully matured and liberated mind depends solely on the Absolute Reality, the Divine. This is wisdom.

By using computers and internet, human beings can know and experience endless amounts of information about innumerable subjects. But these are mere externals. They are ignorant about their own innate faculties of awareness. People use only a tiny fraction of their brainpower in everyday life. The majority of the brain’s energy lies untapped and dormant. Suddenly, often after a very deep emotional and ideal-shattering experience, this energy awakens and the person realizes that there is some great power beyond this mundane world. He may get a brief glimpse into his past or a clairvoyant experience of the future. He may have a spiritual experience that cannot be explained by science or technology. This is a taste of jnana. It is the calling card of the Divine. Such experience comes to push you onto the right path. It means that you have matured enough to start on the path towards the supreme goal. In order to reach the state of jnana, or to go towards it, one must have reached a certain stage of development. Jnana is the highest knowledge known to humanity. Only ripe fruits will fall to the ground. Only after making yourself ready for it can you attain wisdom.

There are jnanis, enlightened men and women of wisdom, alive in this world today and there were many living on Earth in the past. They have been with us from the dawn of time. Through their revelations and experiences we are able to know what wisdom is, what the Divine is, what the purpose and meaning of life are and how to live in accordance with the divine laws. These great ones brought us the eternal codes of life, Sanatana Dharma. Their golden words have lit up our difficult path towards peace and inner knowledge. From time to time they incarnate in the world to guide and lead the human spirit towards its rightful heritage, which is jnanam. These souls, full of grace and love, reached a state where they felt and understood the meanings of divine knowledge. It is they who are also able to make others understand the highest knowledge. They have explained wisdom according to the times in which they were born and according to the place of their birth. From time to time, they came to teach the greatest truths and ways of life.

Take, for example, the master of wisdom, Lord Jesus, the great Prophet Mohammed and the one full of light, Lord Buddha. Their wisdom messages were according to the times in which they lived. Now, in the twenty-first century, the masters must make the modern minded people understand the essential wisdom in these times too. They need to understand the circumstances in which the people are living and the cultures they practise. Then only can the spiritual masters understand and guide the people towards knowledge and wisdom.

Do not take what genuine masters say lightly. Their words are of great significance and importance for humankind. If you sincerely think about what they say you will find some truth in their words, which will be of benefit for you. Use your own discrimination. Do not be influenced by others. Use your own brain. This is the beginning of wisdom! If souls who have matured to full ripeness give good guidance to the people, society will change. It is important to understand that first we must flood the world with spirituality and change the hearts of the people. Only then can good enter this world. If people of wisdom, possessing the loftiest common sense, rule the countries of the Earth, then goodness and the golden age of wisdom will prevail.

Masters of wisdom know the road to liberation from start to finish. It was the ancient rishis, the seers and mahatmas, the great souls, who introduced all the religious rites and various doctrines and precepts that are becoming more and more popular throughout the modern world today. It is they who initiated the traditional rituals and who propagated the religious truths. Having experienced the benefits of the various spiritual practices themselves, they then explained their priceless value to the people. It is because of their vigilance, dedication and alertness from the time the world itself was created, that the major religions of the Earth are still stable, operating, developing and working their influences in the minds, hearts and lives of human beings. In present times, we are not correctly following what the jnanis have said and neither are we practising properly. Their words are being misused like cutting weapons. This corruption of their religious wisdom is causing dissension and even wars. Blood is being shed because human beings are twisting and abusing wisdom.

True knowledge is beyond mundane understanding. It is beyond words, beyond mind, beyond even the most philosophical thoughts. It is totally different from worldly knowledge. To reach the wisdom state you need to purify your mind to such a degree that it becomes nirmala, without stain. Next you learn to keep the mind still without running here and there from one thought to another.