He is there for us! 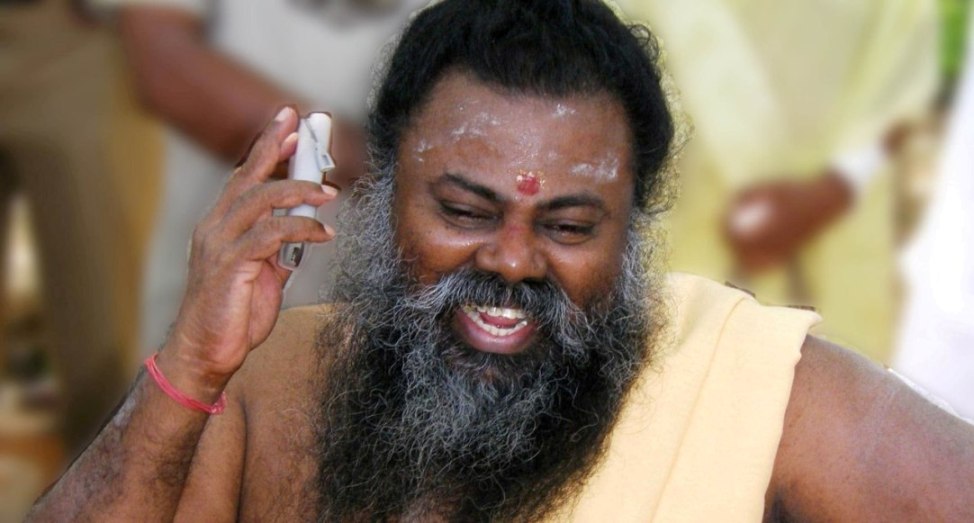 I grew up in the Ashram and was looking after an elderly bedridden devotee in the Ashram when I got married and moved to a house in the nearby village. My husband was then working in the Ashram as a driver. After we were married, I very much wanted to have children but it didn’t happen. My first pregnancy ended in miscarriage. I was very worried. My doctor said I did not have any underlying conditions that would have caused the miscarriage. Yet, as time went by, my husband and I were both frustrated and he often blamed me for us not having children and for me not having any parents or family who could come and stay with us for support.

One day, while caring for the elderly devotee, I was again feeling very tensed and sad, and while she was asleep, I slipped out of her room to go to Swamiji’s Samadhi temple. I sat down in the temple and started crying in front of Swamiji’s Samadhi Lingam. That night, I dreamt that I was seated in that same place and that Swamiji was sitting in front of me. I was a little nervous seeing Swamiji again. He was wearing a simple vesti and his hair was loose. Between us there was a pot filled with water and two tumblers. He filled both cups with water and drank one. I took the other tumbler and drank from it. Then Swamiji kindly asked, “What is your problem?” I replied, “People are talking about me and saying I cannot have children. I want a child.” Swamiji again asked, “Why are you worried about that?” I said, “I don’t have anyone in my life.” To which Swamiji replied, “You say that you don’t have anyone, but I am always with you!”

After this conversation, when I looked up at Swamiji again, he was wearing his usual yellow robes and turned around to rejoin the Lingam.

When I woke up that morning, I immediately told my husband about my dream. I also told it to one of the old ladies in the village. After listening to me, she assured me that this was a divine intervention. My husband also stopped blaming me then. He was somehow happy and started looking after me with great care. Swamiji later reappeared in another dream and told me that I shouldn’t be thinking of leaving my husband but that I should be with him until the end. And so it happened that I became pregnant.

Right before the delivery, I got chickenpox. The doctors told me that I should be ready to choose between my life or my child’s. I choose for my own life but I also silently prayed to Swamiji for the survival of my child. I gave birth to a healthy baby girl on January 1, 2014! That same day  for the first time sandalwood powder also appeared on Swamiji’s statue!

This is not the only time that I asked Swamiji for help and he answered my call. Once my husband was driving our motorcycle and I was on the back. We were driving fast when suddenly there was an accident in front of us. I felt myself falling towards the tarmac. I immediately called out to Swamiji and I felt a force catch me in my fall.

To this day, I know and feel that Swamiji was there for me when I asked for his help and needed him most. He is with us. There is no doubt about it!